It is becoming very difficult to see the stars in large numbers in the night sky owing to the glare of city lights. Many, many years ago I once saw the Milky Way in the night sky at Churu, Rajasthan.

I had to wait many more years to watch the spectacle again in Jalna.

I don’t remember the exact time of the year. It must have been October or November. One late night we reached Jalna a few months back. It was a clear sky. And the time was about ten-o-clock in the night. Once again we were blessed with a spectacular view of the Milky Way. The sight was simply awesome and unbelievable.

My son Shashank is a photography fan. I suggested that we go Jalna as it offers a spectacular star-studded night sky. However, he was reluctant. He has a prejudice that I suggest Jalna because we have some work there in Amba Retreat. So I searched the Internet for a suitable place in the Himalayas, which is suitable for, star photography. I found out that Majkhali a place not far from Jalna is a suitable place. I read that a renowned photographer of Delhi uses it for conducting astrophotography classes. I booked the rooms in the same hotel used by this photographic expert.

We reached the hotel in Majkhali early in the evening. The hotel had a large terrace suitable for sky photography. However, there were some hilly obstructions on the star-rise side. So we identified a suitable alternate place. It was a hilltop about a few kilometres from the hotel. The star-rise was at 1.00 am in the morning. We set the alarm got up and went. We had to park the car at a kerb and walk into the jungle for about kilometre. It was pitch dark. I was scared with panthers roaming the forests.

After all this effort we were utterly disappointed. We could not see even a handful of stars leave alone the Milky Way. To be fair it is more the season’s fault and not that of the place.

As planned the next day we set out for Jalna, a couple of hours of drive. In the evening after a long walk and early dinner, we retired to bed. Again Shashank set the alarm for one am. The vantage point an open car park actually is hardly 50 meters from the hotel and about 100 meters from Amba Retreat.

Even though he could not see the Milky Way with the naked eye through astrophotography techniques and a bit of deft editing he could take the awesome picture showcased below. 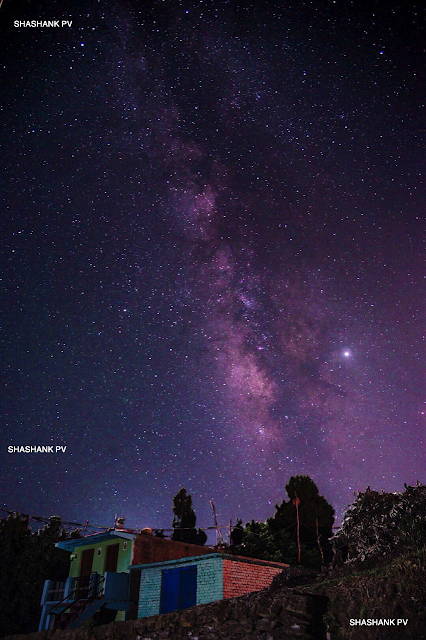 In the end because of its faraway location glare of the city lights Jalna is an ideal place for stargazing and astrophotography. 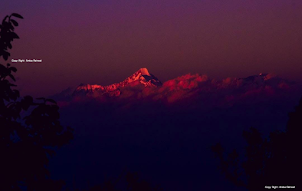